The hard work of regeneration doesn’t happen over night. Even a caterpillar is trapped in a cocoon sometimes for weeks before he emerges as a butterfly. Sometimes it feels that I’ve been in that state of “washing of regeneration and renewing by the Holy Spirit” forever. And often asking, “What is the point of all this hard work if the end result must be perfection?” And then justify not “working out my salvation with fear and trembling” because, after all, heaven is the only place I’ll be completely renewed.

Change is a fact of life, is it not? We don’t just see it spiritually. It happens on all levels: economical change as the dollar dips or rises in value. Or physically, as our bodies decay. In evolutionary changes, as species adapt to changing temperatures, or to avoid predators. I see it in my son, as he battles to learn what it means to adapt to his environment that he can’t control. Part of living life is adjusting to change, adapting, going with the flow, learning, growing…being transformed. It never stops.

So why should we give ourselves a pass when it comes to our spirituality? Being made in the image of God means that we reflect someone who doesn’t change. Yet in our imperfections, we cannot ever fully understand exactly what that looks like. So what do we do?

Trust the one who made us in that image. “And we all, with unveiled face, beholding the glory of the Lord, are being transformed into the same image from one degree of glory to another.” And trust doesn’t just come: like some magical pill we can take and then poof! Trusting God is easy. Sometimes I think it might practically look more like sanctification…a process.

Do I think trusting God can be easy at times? Yes, for sure. But it doesn’t always look that way. And for the longest time, I thought it had to be easy or it wasn’t trust. But isn’t that what processes are all about? It’s a process for the caterpillar to become a butterfly. It’s a process for us to image Christ more and more. And it’s a process to trust God in the day to day challenges that life offers. So part of this journey I eluded to has been to come to grips with the fact that just because hard things come my way, God doesn’t expect me to react or behave a certain way. As if the prescription must be followed to specific instructions or it means I have failed. No. He wants me to come to Him even when I’m still a caterpillar trying to become a butterfly but I haven’t made it yet. He beckons when I’m a mess, just like He beckons when I’m “put together”. So can you.

The sun settled on the horizon in washes of purple and gold. The barren field lit as with the glory of angelic hosts, outside the norm of dust and grime. Dry bones would better describe it on a normal day. But not now.

Maybe it was the promise of rain, maybe not. Either way, I stopped toiling to gaze at it in earnest. Sweat trickled down my face, like an itch, but I didn’t wipe it away. Not yet, leastwise. It reminded me I was alive. And for a moment, I could almost believe that horizon would welcome me. Would it embrace like a mother’s cool touch to a fevered brow? Or would it clutch tight like a long-lost friend? I closed my eyes and imagined it.

Across the field the train whistle blew. I snapped open my eyes as it approached, the longing in my breast increasing like the steam in the engine of the monolith that sped across the tracks. The sun swooped low…low…low. The train built speed, and there! I came in sight as the sun set. Maybe if I thought hard enough, longed with enough passion and fire, I could spring across the dusk and ride the tracks to…where? Freedom? For me? Yes. Even for me.

I glanced back toward the others. They labored low, but some gazed with me to the deepening horizon. The light fled, just as I longed to do. Their eyes followed the train, and the promise offered in the whistle that pierced the air. Freedom. I remembered it well.

Her smile suddenly came to mind, as if chasing the sun as it set. Gloria. How I have failed you! What do you think of me now? Dressed in orange, shackled and shuffled, taken from job to job that no one else wants to do. Paid cents when others would be paid dollars. My crime? Well, that’s a story for another day. But does it mean I deserve this existence? The walls that are my companion, except for when I’m brought out to see the sun? It taunts me. I know I will go back. The drudgery will kill me, if my fellow prisoners don’t. The panic will set in…it always does. And I will have to contemplate, for the millionth time, if it was all worth it. Of course, the answer will be no. But that won’t stop me from asking. Again.

The United States holds 4.4% of the world’s population, yet incarcerates 22% of the world’s prisoners. For-profit prisons average $3,300 per inmate per year, for a whopping 1.6 billion per year. For more information, and for how to get involved in prison reform, visit The Sentencing Project.

So I love lauding other indie author’s work. I’ve already mentioned before that I really enjoy JE Purrazzi’s work. Her Sci-fi/dystopian thrillers are excellent. Check out Malfunction, or the free prequel novella Revelation.

The Raventree Society is a series of short stories in the supernatural/paranormal thriller genre. Now, I love me some Edgar Allen Poe. And “Strawberry Lane Motel” is right up that alley. Just enough suspense mixed with shivers down your spine, but the characters aren’t swallowed up in the story. Purrazzi doesn’t sacrifice character development and intricate dynamics for just the thrill of ghosts and spirits and fear. She seamlessly mixes both, to bring both a compelling story and relateable protagonists. Kyle Hanson is someone you could actually believe exists.

So head over to Amazon (or whatever other mediums you use) and scoop up a copy. Well worth the .99 and it will leave you wanting the next episode! 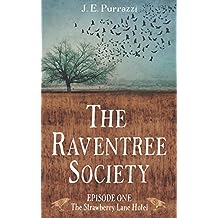 If you don’t just go for it, maybe you never will. That’s what has been haunting me for these last months. Working on a novel isn’t exactly a science, as most writers will tell you. But for indie authors, there isn’t a deadline. Unless you choose on for yourself.

So I have. March 1st. That is when I will publish “Rift in the Deep.” And you heard it first here. Take a gander at the blurb and tell me what you think!

A darkness lurks beneath the surface, brooding, waiting. The Deep writhes in currents of power, holding the Rift at bay. But the Stewards, accessors of the Deep, have not walked the Lands in three hundred years. Their legend lives on, but it is just that. Legend. No one living remembers. And the witches wait for their return, when all four Stewards can unite to bring about the downfall of the Rift.

Brate Hightower knows of such legends, but it has little to do with his daily life. He toils on his farm, alone and wondering when he will be able to travel to the Forest City and sing in the halls of the Triumphant King. Malok Mountain Keeper lives in isolation, studying as an acolyte and longing for the day he can become a Brother and spend the rest of his life gleaning as much knowledge as he can. Graissa del’Blyth lives in discontent amongst the wealthy, longing for a life of purpose and justice. Priva Car’abel is a bladeweilder, at the beck and call of the Flatland King and searching for a missing Princess.  All of their lives change in an instant, and none of them can predict where their paths lead. Will they step up to the challenge and embrace their destiny? Or will the lure of power or the challenge of a new, rising foe be their undoing?

The sphere hangs in the balance. They must succeed, or all will be lost in darkness and shadow. And if they are to embrace the call, they will need the help of the Covenwitches. 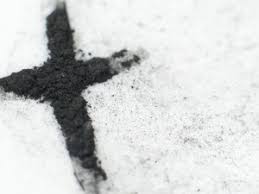 Rising from the ashes

Don’t be near, don’t be far

Rumbles from my youth

What are you? Vague?

I sit back and think

I must revise your score

But bottled in the ashes

Stamp the call of pain

You won’t deceive me 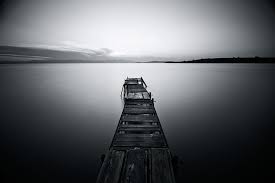 Silence for months. Where have I been?

Well. Good question. Writers are the worst, right? I mean, we flow outwardly with all this creative genius as if we can’t STOP. And then the writer’s block hits. Or just life in general. I think my problem has been both.

Life = challenge. At least, I think for most of us this is the case. If it isn’t something falling apart in our home, there is something falling apart outside of it. Not a good excuse, I hear you say? Yeah, normally I would agree. But if you count up the things that have fallen apart for me in the last few months I think it would equal 4589320.

But here I make a commitment. No more silence. So come along with me, and I will show you where I’ve been.