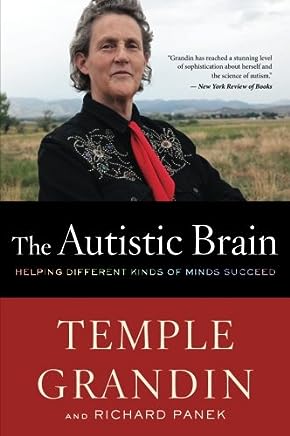 Get it on Amazon or add it on Goodreads

Yes, that looks fancy. It stands for the “Self-Published Fantasy Blog Off” and it is probably the most prestigious, and coveted,  award for fantasy authors who are self-published. It is hosted by Mark Lawrence, author of several best-selling fantasy novels. Basically, ten of the top fantasy bloggers in the world agree to read 30 novels each, choose their favorite to put forth to the finals, and then all read the final ten novels. One winner is chosen and is then reviewed on all of the bloggers websites.

Rift in the Deep will be read by Kitty G, a youtube reviewer with over 11k subscribers. I’m super excited.

Hitting in at #1 for New Releases in the Nursing Fundamentals and Skills category, The Survival Guide for Nursing Students is now available in eBook and Kindle Unlimited, very soon available in print. Perfect for anyone currently in a program, or thinking about entering a program. Do you know someone who could use it? Gift it to them!

Well there you have it. This little guide will be published next month, and Susie at Poole Publishing had done it again with this fantastic cover. Check out the blurb below, and maybe consider either 1) Getting if for yourself if you’re in nursing school or 2) gifting it to someone you know and love who is about to enter or is currently in school. Want to stay updated on when it’s published? Sign up for my mailing list so you don’t miss it (and receive a free fantasy novella for your efforts!)

About to start nursing school? Or maybe you already have, and still don’t know why you are so stressed. Take my word for it: I’ve been there. And you’re in luck. This little guide is what every clinical instructor and floor nurse wished you knew.

A quick, easy read for the busiest student, “The Survival Guide to Nursing School” will give you the unique perspective you will need to actually enjoy nursing school. Written by an RN and for students in the first semester to students about to graduate, this little guide packs a big punch. It dispels with myths and offers straightforward suggestions for how to deal with stress, nerves, and perhaps just the encouragement you need to be successful in your nursing journey.

Social media EXPLODES these days when something horrible happens. Whether it’s a school shooting, a sports controversy, a fallen religious leader, or celebrity divorce…the Twitter and Facebook culture warriors furiously pound on their keyboards and send their thoughts out to the world. Now, don’t assume I’m saying this is a bad thing. In many cases, it’s not. But in this day and age, we are sacrificing a LOT when we hide behind a keyboard instead of looking someone in the face and saying the same thing.

For example, would you look in the eye of the students in Parkland and tell them that stricter gun control laws wouldn’t have stopped the tragedy? Be honest. If the answer is yes, then HOW would you say it? Maybe that is how you should communicate it on social media.

Would you look President Trump in the eye and call him a pervert? If the answer is yes, HOW would you say it? That’s probably how you should communicate it on social media.

Would you look a pregnant teenager in the face and tell them they are going to hell for sleeping with their boyfriend? If yes…well, you get the point.

We won’t be taken seriously if all we do is shout “outrage!” at every. single. thing. Especially as a Christian, I must ask myself “How does this reflect on Jesus?” And even if you aren’t religious, the same thing applies. How will what you say reflect on your stance? On your personal beliefs? Will you want your kids, family, friends, etc to think of you as that type of person?

Better yet, have these types of conversations face to face. If you know me at all, you know that I don’t shy away from hard discussions. I’m always willing to go bat to bat with someone over a hot button issue. But I should care more about my relationship with them than I do my opinion. Why not just TALK about it instead of write about it?

Look, I get the irony of telling someone to talk about something as I write! But I hope my heart comes through. Enough writing. More talking. So get off your laptop, or your phone, and got sit down and have coffee with a friend. You might just learn something.